In February, in observance of Black History Month, the College of Social Work revived its Arthur L. Beeley Lecture with Wakanda Forever: Centering Black Experiences on Screen.  After a welcome by Dean Philip Osteen and introductions by the U’s Interim Senior Vice President for Academic Affairs Martell Teasley, Dr. Peniel Joseph enthusiastically kicked off the event with a discussion of recent efforts to center the Black perspective and address issues of race and racism through television and film adaptations of comic books, such as Black Panther, Spider-Man: Into the Spider-Verse, Watchmen, and Falcon and the Winter Soldier.

After the presentation, Dr. Joseph was joined by a panel to discuss the evolution of these stories from paper to screen, talk about successes and failures in representation of the Black experience through these media, and offer perspectives on where future storytelling could and should go.

* Dr. Peniel Joseph—Barbara Jordan Chair in Ethics and Political Values at the University of Texas at Austin LBJ School of Public Affairs

* Dr. Rachel Griffin—associate professor in the University of Utah Department of Communication

Unfortunately, time ran out before the panelists were able to answer many of the wonderful questions submitted for their consideration.  But that doesn’t mean the conversation had to end.  Here, Dr. Lawrence and Dr. White share their thoughts in response to a selection of leftover questions from the live event.

What does the Wakanda Forever salute mean to each of you personally and/or to other Black folks you know?

PW: For me, it is a mixture of things.  One thing that comes to mind is a new “knowing nod.”  That is, the nod folks will give when they understand and acknowledge your presence.  When I see or give the salute, a sense of connection is felt with the other.  Also, it is a twist on a Star Trek gesture—when the Klingons were going to shun someone, they would cross their arms and turn their backs.  Now it is about inclusion!

NL: For me, the Wakanda salute is a component of Black liberation, in that it illustrates that we can be successful in the film industry, and the world, more broadly.  Because of the success of Black Panther, the salute says that despite what longstanding anti-Black stereotypes and racists think, our lives have value and matter.

Keeping with the theme of the U’s Black History Month observance (#AuthenticallyU), could you share an example of something specific in the comic books or movies that felt authentic or inauthentic to you?

NL: Netflix’s Luke Cage felt authentic because it fused the ongoing issue of police brutality into the narrative of a superhero series.  That the title character dons a hoodie (here, think of Trayvon Martin), is bulletproof, and works to save his neighborhood from corruption, is a significant commentary on our contemporary moment.

PW: I said this at the presentation, but using the “tell me a story” theme in Black Panther spoke to me as it evokes the feelings of sitting and listening to my grandparents (born 1892/1900) and my parents (born 1920/1925) and others talk about their lives, the events around them, etc.  I have joked that being Black and Southern and from the Hills of Kentucky means I enjoy a good story.

What do these stories and characters mean to you in terms of representation or belonging?

NL: The characters in these films illustrate range—that when afforded opportunities, Blacks can play a multitude of characters.  Unfortunately, Black actors are pigeonholed into caricatures far too often.

What can we do as citizens to help in this third wave of reconstruction?  We have created laws to create equality, but racism still impacts all of us today.  What can we do improve equality and decrease racism?

PW: One of the big things I tell people is to listen.  Do not come into situations assuming you know how people feel/think, but take a step back and listen to what is being said, even if (maybe especially if) you disagree.  Not all people of a certain ethnicity—or even background—are going to have the same reactions, the same thoughts, or the same interpretations.  If we can take some time and effort to listen, then proceed ahead, we may be better equipped to combat prejudice and -isms.

NL: I believe it is up to every individual to find productive ways that work for them to contribute to the struggle.  For instance, I teach, engage in a multitude of service activities and outreach, and attend marches, among other things.  So, for me, the answer to that question is for people to “find their thing(s), do that thing, and live that thing.” 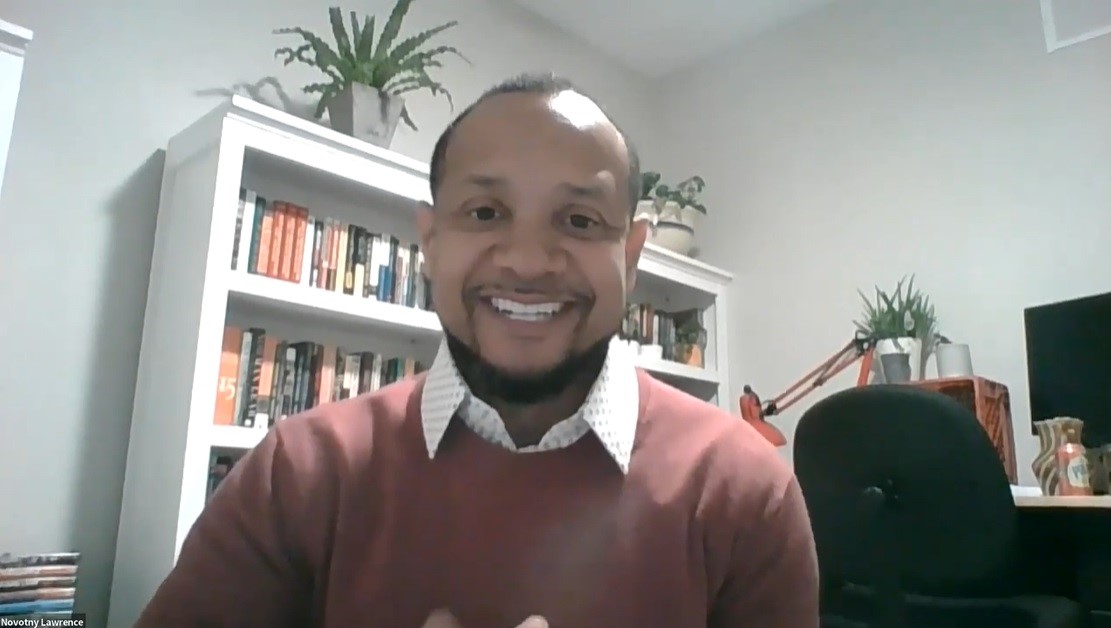 What other lessons for activism can be found in these stories?

NL: The movies have and always will be political, in that they highlight overt and covert issues that are plaguing society in terms of race/ethnicity, gender, sexual orientation, class, and others.  Consequently, it is important to move beyond thinking of films as “just entertainment” and seriously consider how they address injustices openly or via metaphor and apply them to our lives.

What role can the Marvel Cinematic Universe (MCU) play in increasing general awareness of significant events in Black History, such as the Tulsa Race Massacre depicted in HBO’s Watchmen?

PW: One of the reasons I have always preferred Marvel Comics over DC and some others is the “real world” basis on which many of them are set.  Watchmen is an exception (DC).  For the MCU and other shows, weaving in the real stories can get people wanting to know more, or just finding out how much of it is real (e.g., Bass Reaves was a real person and maybe the inspiration of The Lone Ranger).  It may be easier for people to see these events inside their “comic” movies/shows than in a history book or news coverage initially.

NL: Simply put, the MCU has to keep recounting stories about Black experiences. 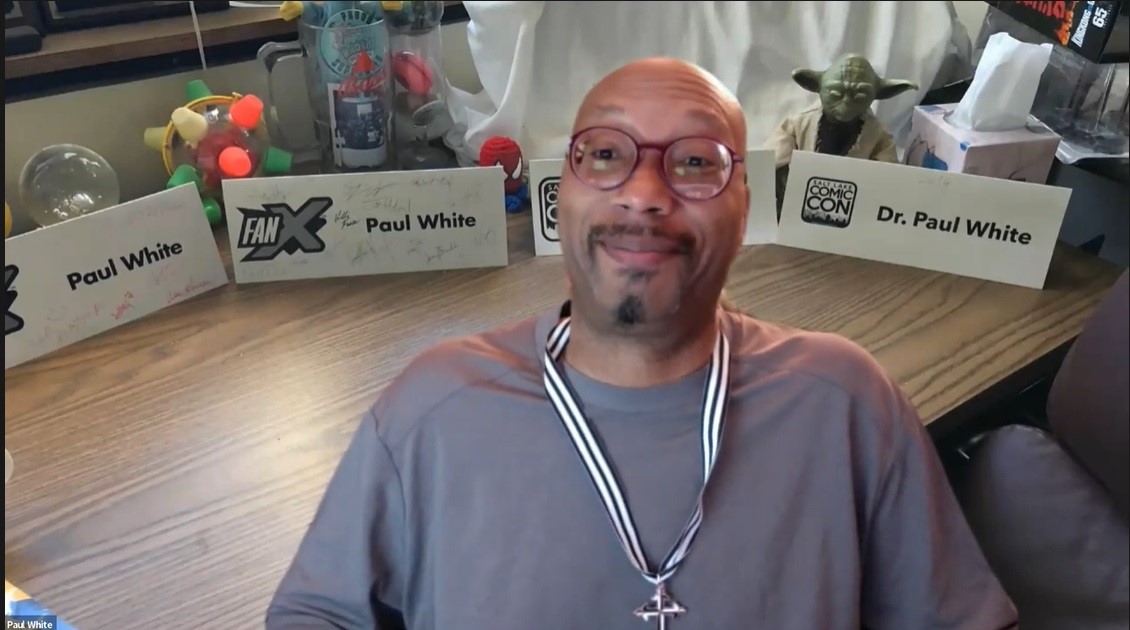 PW: If I am not mistaken, Death’s imagery was based on a friend of some friends here in Salt Lake City, Cinnamon Hadley (the artist behind Sandman comics is a SLC native).  While I think some fans will be upset by the switch, I think it will be an interesting take (and Mr. Gaiman is involved with it).  My hope is that it does not become the concept of black and death connected.

I’m kind of fascinated by the role of Nick Fury in the Marvel universe.  What are your thoughts on Nick Fury as badass role model vs. stereotype vs. complex character?

NL: As with any characterization, I think the key to answering this question is complexity.  That is, to ask: is Nick Fury a well-rounded character, a one-dimensional character, or do you view him as aspects of both?  I would say he is perhaps a somewhat underdeveloped character who plays an important role in the MCU.

PW: The Black Nick Fury is from Marvel’s Ultimates comic series.  Yes, he was drawn and imagined as Samuel L. Jackson.  Even in the prior version, Fury was the spy and badass behind the scenes.  I have viewed him as the complex person who is doing what needs to be done from his perspective.  If you have seen Captain Marvel, it puts a nice framing on what we had seen to that point in the MCU of Fury. He is an interesting character!

The panel talked briefly about the harm these stories can do in portrayals of people of color as model minorities and/or reinforcing stereotypes.  Could you expand on that?  What other cautions exist within these stories?

PW: For me, if the characters are too one-note, it seems to reinforce stereotypes.  One great thing with The Falcon and the Winter Soldier is we get to see a range of Black characters.  Same with Black Panther (and a range of female characters, but MCU needs to do more on that front, in my opinion).  I think back on students who have said to me that President Obama shows that racism is over and/or that Blacks can be in power.  A single person/character does not mean a group of people have the same opportunities or qualities as that person.  A danger I see is when others then use the character to dismiss other people’s real world struggles.

Going back to Falcon, there was an interesting dynamic to illustrate how it could be dangerous.  Sam tells his sister they can just go to the bank and get the loan with him thinking it would be okay because of who he is and that he may not be the “typical Black” person.  Then it turned out that he still got denied the money.  Watching/reading these stories, some folks can adopt the same mentality as Sam did and/or expect most Black people to be like the superheroes (there are studies on viewing Blacks as superhuman).  If he had gotten the loan, I can see folks saying, “Told you there are no problems with racism/prejudice.”  He may have thought it, too. They hint at the idea of not accepting a Black Captain America, but if you want to see it explored more, go pick up the Sam Wilson Captain America comic series from about seven or eight years ago.

NL: Historically, Hollywood has presented Blacks in stereotyped roles, first overtly and now more covertly.  Characters that present Blacks as lazy, unintelligent, violent, attitudinal, so on and so forth are dangerous in that they reinforce commonly held myths about Blacks.

What topic were you excited to talk about that we didn’t quite get to?

NL: Being a film and Blaxploitation scholar, I was excited to more firmly establish the link between films like Shaft, Super Fly, and Cleopatra Jones to superhero movies in terms of characters and political themes. Alas, that is a conversation for another day.

For your reference, below is a comprehensive list of the media referenced in the Wakanda Forever event (many thanks to our student office assistant Amy Gamara!).

Characters Discussed (not in the context of one specific movie)