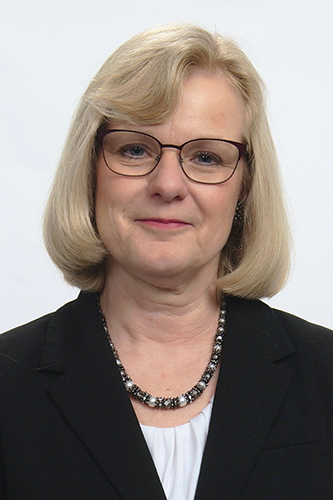 Robin Arnold-Williams was organized, hard-working, ethical; a woman with a vision.  She played a critical role in the administrations of two governors and helped thousands of people through her policy work.  Robin was dedicated to social work—as an educator and as a professional.  Consequently, her husband John was not surprised her long-term plans included establishing a social work scholarship through an estate gift—the estate the couple anticipated would be hers to distribute as the surviving spouse in their marriage.

But life does not always go as planned.  When Robin died in 2017, John was unexpectedly faced with the loss, Robin’s vision, and an estate that was solely his to distribute.  John took time to assess these circumstances and ultimately took his cue from his shared life with Robin—he decided to fulfill her dream of creating a scholarship at the University of Utah College of Social Work.

“It was an interesting relationship we had,” John reflected.  “I knew from the start how much Robin’s career meant to her, and how much she loved being in the public service field.  It was an understanding that wherever the jobs came up for her, that’s where we would go.”  John recalled how Washington Governor Christine Gregoire always laughed when recounting Robin’s call to John after she accepted the position of Secretary of the Department of Social and Health Services in the governor’s cabinet ... “We’re moving to Washington!” Robin exclaimed without preamble.  John said, “Robin knew that if it was what she wanted to do, I would do it without hesitation.  I got a lot of satisfaction supporting her dreams and her career.”  The scholarship is a way for John to follow Robin’s lead one more time and fulfill this dream for her. 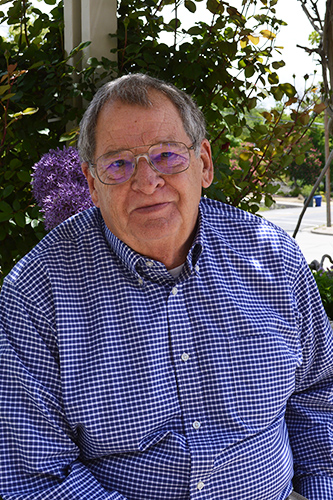 While he credits Robin with the vision, John is quick to recognize former Utah Governor Michael Leavitt and Leavitt Partners, Inc. employee support program, as well as family, friends, colleagues, and classmates for their generous contributions.  Their collective generosity enabled the scholarship to be initiated and grow quickly enough to be awarded within one year—an exciting and heartwarming legacy to Robin.

Among these classmates is Marghi Barton (MSW ’80).  Marghi recalls Robin as humble, gracious, always prepared for class, and game for any Utah activity from rafting to skiing.  After running through a long list of adjectives and activities connected to Robin, Marghi paused.  “You know, I don’t think Robin and I ever had a class together,” she said.  But Robin was always there, ready to participate, to support, to encourage.  “Robin had a good sense of work-life balance,” observed Marghi.  “Robin was also instilled with a strong sense of independence.”  Robin’s mother was a single-parent who chopped wood to keep the fires burning during cold Michigan winters.  Robin worked hard for all she achieved, didn’t take opportunities for granted, and set the bar high for those who worked with her.  “She was a role model for many, and a steady force behind so many people and projects,” recalled Marghi.

For Marghi, the scholarship is a way to encourage students to be like Robin, to be inspired by her career in macro social work.  Speaking as a clinical social worker, Marghi noted, “There’s value in one-on-one, but policy leads to big differences—one sweeping change can have a broad impact.  And there’s no better time!”

John also sees the scholarship as a continuation of Robin’s work.  He recalled that someone once asked her how she could possibly do the work she did for so many years, given all the bad things that happen in social services.  Robin’s answer stuck with him.  “She said, ‘All populations seem to have problems.  If there weren’t people in the world who had problems and needed help, there wouldn’t be a Department of Human Services and I wouldn’t have had a chance to work with people who needed help.’”  Robin understood that if you gave people the right help and did it in a caring and loving way, you could really make a difference in their lives.  “She wasn’t out to make a fortune or get famous, she was just there to make a difference to people’s lives.”  John said Robin truly wanted to pass that passion on—to find others who wanted to do this, too.  He feels good about following through with the scholarship as Robin wanted.  He noted, “The wonderful thing is I actually get to see the scholarship established and meet the scholars.  That was never in the cards as a final estate distribution.  With that, it has become our scholarship now.”