We Are Not All Terrorists: Islamophobia and Recognizing Religious Privilege in the U.S. 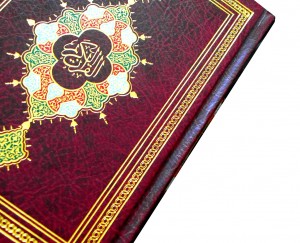 In December, many of us are surrounded by joy and optimism, as we finish our studies and spend time with our families, enjoying the holiday season. As a Christian-privileging nation, typically, little attention is paid to other non-Christian religions. Often, when other religions are recognized, negative remarks are made about them.

The Islamic religion is often cast as evil and Islamophobia has become common. Islamophobia is defined as a dislike of or prejudice against Islam or Muslims, especially as a political force. When religion is used to promote political interests and power, many people have a hard time separating the religious beliefs from the political forces, which can misrepresent the beliefs or use them to gain power.

Islam does not condone terrorism. The Quran, which is the central religious text of Islam, states, “Fight in the cause of God against those who fight against you, but do not transgress limits. Lo! God loves not aggressors…” (2:190). In short, war is only permissible when defending oneself; we must not initiate harm against others in the name of God.

Yet, since 9/11, Muslims are often labeled as “terrorists” or “Muslim extremists,” and equated with extremist groups such as the Taliban or the Islamic State of Iraq and Syria (ISIS). These groups do not follow the Muslim beliefs of peace and defense, but follow their own beliefs, imposing their interpretation of Islam through terror and hate. Recent acts of terrorism may perpetuate the misperception of Muslims as terrorists, when many other issues may be at play, such as mental health issues and fanaticism. The Muslim community-at-large has expressed its dismay regarding these recent events.

Americans, and the media in the U.S., frequently cast all Muslims as extremists, without recognizing forms of religious extremism here at home. The Ku Klux Klan, for example, is an extremist group in America. They are reported to have close ties with Protestantism, but they are not identified as extremist Christians, or extremists at all. They are a group that perpetuates hate against other people for their ethnic background, religious views, whether they are documented or undocumented in the United States, etc. But, in America we see the KKK as expressing their free will or exercising their right to free speech. 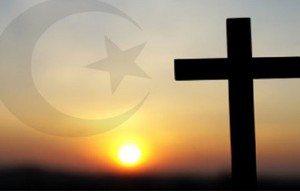 I know these are challenges, I was born and raised Catholic and I am still practicing. I recognize my privilege in that sense. I understand that I’m unlikely to be discriminated against because of my religion, to be labeled a terrorist or accused of affiliation with an extremist group, and that (most of the time) the way I pray or when I pray will not have a negative effect on the way people perceive me. But I believe, as a nation, we must love and respect Muslim people. As Pope Francis recently stated, “Christians and Muslims are brothers and sisters, and we must act as such.”

What is the duty of social workers regarding Islamophobia? As stated in the NASW Code of Ethics, the dignity and worth of a person are part of the social worker’s core values. So we must acknowledge that Islamophobia is real, and the accusations and stereotypes against Islam are false. ISIS and the Taliban are not the faces of Islam. The dignity of the Muslim people, and the religion’s core values of peace, equality, and love – rather than hate and injustice – must be recognized.