This article was originally published in the Spring 2011 issue of the Social Work Matters newsletter.

Tomokazu (Tom) Suzuki was one of 12 Master of Social Work students in his graduating class of 1957.  “We were a very cohesive group,” he chuckles while remembering his fellow students in the still relatively unpopulated profession.  As the only foreign student in his class, he had a unique perspective on the program.  “All the faculty members were very supportive of me,” said Mr. Suzuki.  Apparently, they were curious, too.  “I have a very outstanding memory for my final thesis interview,” he recalls.  “[The committee] didn’t ask me about the thesis I wrote, but about Japan.  So, I started talking about Japan, then time was up and they said, ‘Congratulations!’” 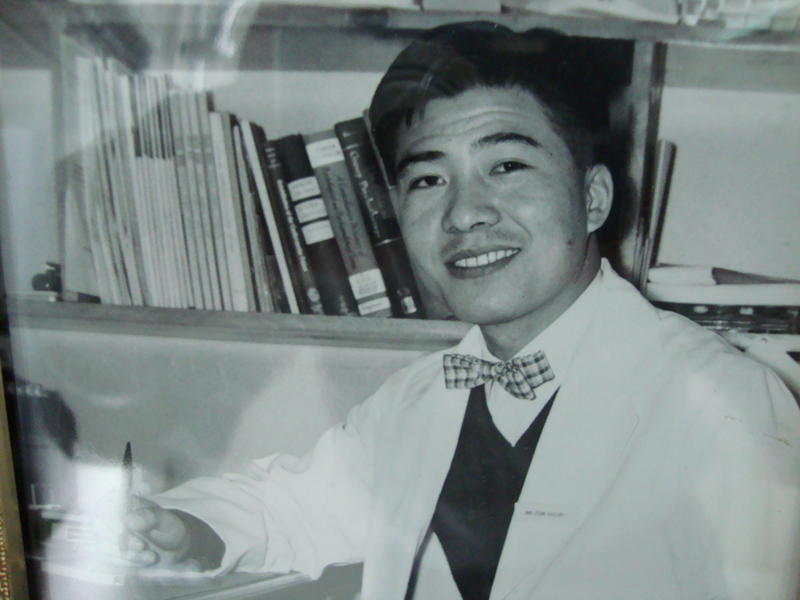 His thesis about medical students’ understanding of patient socioeconomic status, and what is now termed, “doctors’ bed-side manners,” however, did matter to the faculty… and to Mr. Suzuki’s career.  At that time, he explains, “doctors didn’t have much knowledge about how to relate to people.  They were so knowledgeable about medicine, but they forgot they were working with people.”  So Mr. Suzuki brought his thesis and his personal approach to Salt Lake County General Hospital, where he joined forces with cardiologist Dr. Hans Hecht.  The two men puzzled over how to reconcile budget constraints with the need to promote salt-free diets among the cardiac patients—until Mr. Suzuki proposed “group work.”  He initiated a group that allowed patients to talk about their diets and share cooking ideas.  Several months later, the group held a demonstration on how to cook salt-free.  Dr. Hecht and medical staff came by and tasted.

Meanwhile, Mr. Suzuki’s innovative treatment approach was attracting interest at his alma mater.  “There weren’t any classes to talk about group work,” he noted, “so faculty members invited me to be a lecturer to talk about group work—[which] wasn’t called group therapy then.  I was a young fellow, so being a lecturer was very interesting.”  He enjoyed his time as a lecturer and also his five years of service as a field instructor for the College.

The group experience with cardiac patients eventually led to a five-year, $1 million research grant involving Mr. Suzuki and his social work staff, Dr. Hecht and his medical staff, and sociology professors.  In the final analysis, they found that group work resulted in participants having lower blood pressure and higher motivation to stick with a salt-free diet, but the results weren’t statistically significant.  The research project provided Mr. Suzuki a wonderful opportunity to work with quite a few professors and medical staff.  “I became very close to Dr. Hecht because of the group work.  He showed quite an interest in our project,” Mr. Suzuki recalled fondly.

After five years at Salt Lake County General, Mr. Suzuki relocated to Palo Alto, CA, where he became the first non-U.S. citizen to be hired as a federal employee.   “However, nine months later, there was a reduction in force and I was the first one let go,” he recalls.  “That was a very difficult situation, because I didn’t have much network after only being in Palo Alto for nine months.  Trying to find another job was pretty tough.  Fortunately, I was able to get a job at Stanford Medical School.  I was able to get an office on the second floor, looking down at the water fountain—that was very nice.”  At Stanford, Mr. Suzuki was a lecturer for speech therapists who treated children with delayed language skills and their families.  He started group therapy for parents there, too.

Five years after starting at Stanford, he joined the staff of the psychiatry department at Santa Clara Kaiser Hospital, where he remained for the rest of his career.   He continued to be a leader in group therapy work, starting groups for children, adolescents, and parents.  “Each group had very interesting and challenging issues,” Mr. Suzuki said.  With Kaiser, he took his group therapy show on the road.  “Kaiser started other hospitals in Northern California, so I went to other facilities and promoted group therapy.”

Throughout these years, Mr. Suzuki also enjoyed a wonderful family life, marrying Tetsuko Morita in 1961.  “Because my wife is a nisei [a second-generation Japanese American, born in the U.S.], I was able to obtain U.S. citizenship in 1966.”  He and his wife raised two daughters, both of whom followed in his footsteps by attaining Art Therapy Master and MSW degrees.   Apparently, they always admired what their father did.  “When they were in elementary school,” Mr. Suzuki recalled, “they told their teachers, ‘My father's job is to make people happy.’” 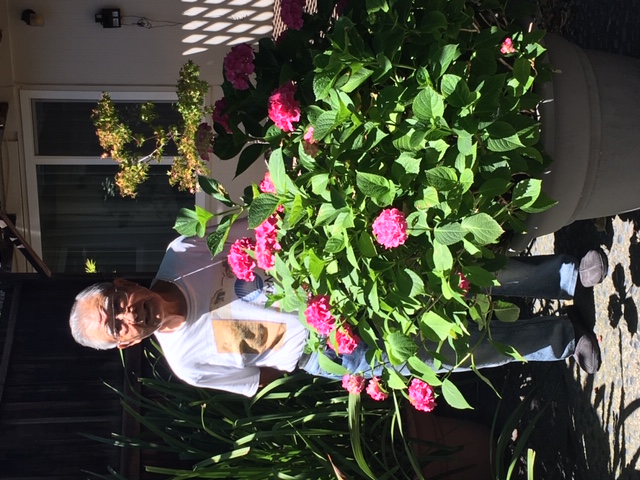 In reflecting on his career in social work, Mr. Suzuki notes that it was very rewarding to be involved in an innovative therapy approach, and that being part of its evolution over time was exciting.  He also appreciates that his career path allowed him to meet a VA psychiatrist who introduced him to Zen Buddhism.  The doctor, said Mr. Suzuki, “challenged me that I was Japanese and didn’t know much about Zen, and he was American and he knew more.  We had quite a few discussions, and I started studying it.  Looking back, I really appreciate it. It gave me peace of mind, a positive attitude toward people, life, and the whole world.”  This discovery influenced him ever after.  “I came to this country with such ambition to work for peace in the world; I found a place where I’m peaceful, and being peaceful promotes peace of the world.  And I’m still living that way.  I’m into vegetable gardening and giving my vegetables to other people.  People appreciate that.  I cultivate flowers and share those with relatives, friends, and neighbors—they appreciate those things and I’m giving them something positive.”